Melissa Jones, mother of Lake Forest OMer Quinton Jones, passed away suddenly on August 12, 2015. Melissa was more than just an Odyssey of the Mind Mom though. 2014-2015 was Quinton’s first year participating in OM. When he and his LFHS Freshman teammates got discouraged and wanted to quit, she stepped in with no training and without bringing any attention to herself, to take over the team as their unofficial coach. She gathered the six boys regularly in the basement of the Jones house keeping them motivated, on-task and making sure they had whatever materials necessary to solve their Runaway Train problem.

Quinton’s team of Freshman took first place in the high school division at the Delaware State competition earning the right to compete at the Odyssey of the Mind World Finals at Michigan State University in May. Melissa and Rich were so proud of Quinton, his teammates and the three other Lake Forest World Finalist teams. They were instrumental in many of our fundraising activities that helped to cover the $28,000 cost of the trip. 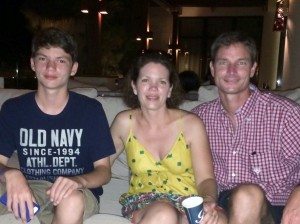 The Jones family along with the Lake Forest Odyssey of the Mind Family thank you for supporting the LF OM program with your donations in Melissa’s memory so that future Lake Forest World Finalist teams can enjoy the once in a lifetime experience that Quinton and Rich benefited from so greatly this year.

$5 a ticket or 5 tickets for $20
Additional single or 5 pack of tickets can be selected before checking out.

Or Scan the QR Code Below

We use cookies to ensure that we give you the best experience on our website. If you continue to use this site we will assume that you are happy with it.AcceptPrivacy Policy